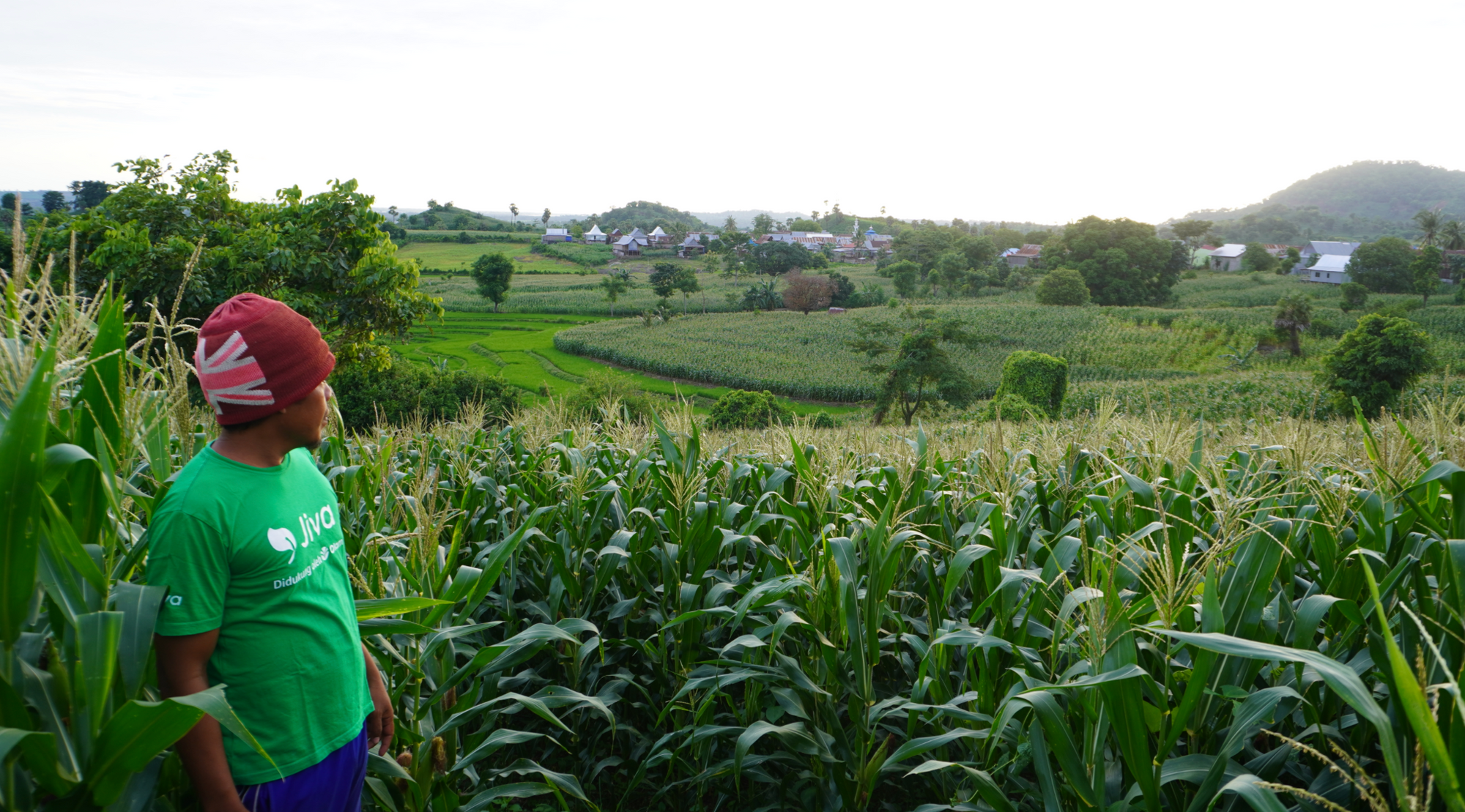 Sometimes, a few small changes make a massive difference. This is the case with one of our farmers, Pak Saripuddin.

To put that in perspective, that’s an entire year’s income earned in a single season!

Pak Saripuddin spoke with Jiva about his experience using the application, trying new practices, and adopting new behaviours. Like hundreds of farmers we’ve spoken with, Pak Saripuddin relied on agronomic advice from his peers. This is a common practice for many reasons, one of which is the lack of access to information about farming that is personalised to their crops maturity, easy to understand and feasible for smallholder farmers to adopt within their financial and labor limitations. Jiva’s advice, which focuses on micro-interventions throughout the season that lead to big improvements at harvest, were simple and doable. Though reluctant to change his common practices, including seed type, row spacing, and how to treat certain pests effectively, he’s ultimately glad he did.

Pak Saripuddin’s results are incredible, but they are not uncommon in underserved communities, where small changes can lead to enormous improvements. Imagine what would happen if the 500 million+ smallholder farmers around the world had access to Jiva’s advisory, financing and logistics services. Imagine how food systems, communities, and lives could change for the better.